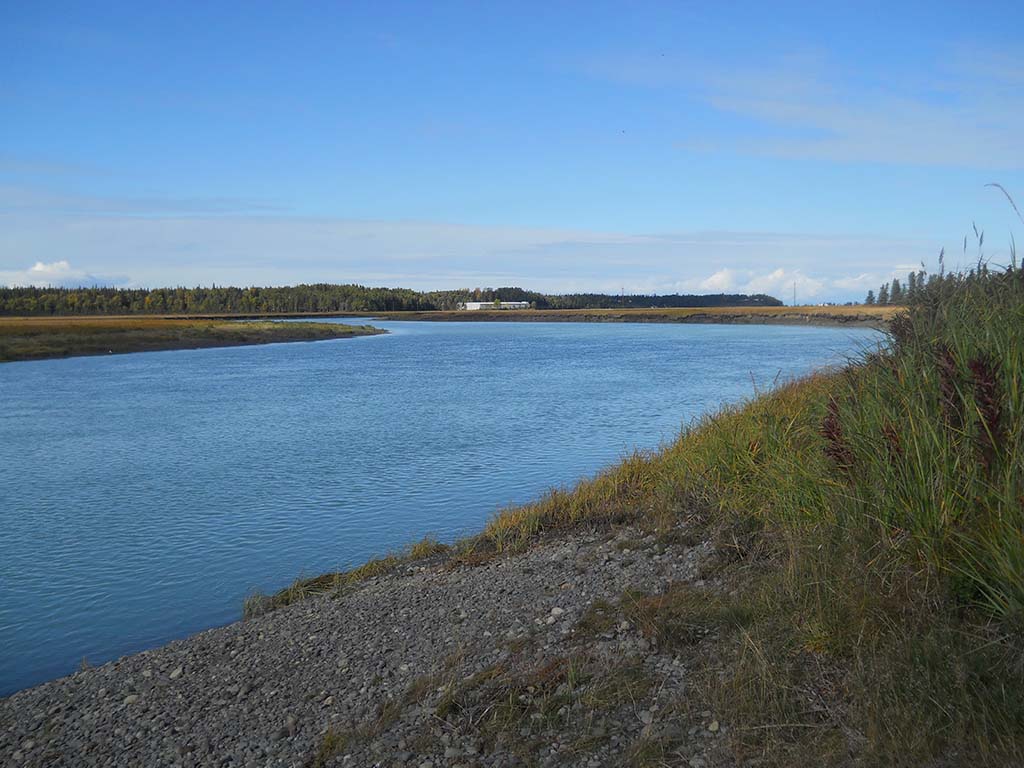 The Division of Parks and Outdoor Recreation (DPOR) has received capital improvement funds to develop a public drift boat takeout on the lower Kasilof River in an effort to address increasing demand for this type of facility on the popular drift-only fishing portion of the river. Phase 1 of the project was completed in 2015 and included the acquisition of two adjoining parcels, property investigation, site planning, and preliminary permitting. In preparation for the development of the site, Phase 2 was completed in 2017 to remove unnecessary debris and undesirable facilities. Phase 3 will be a construction contract to develop the site in preparation to open for public use, with design currently in progress and construction beginning in 2023.

The Kasilof River State Recreation Site boat launch, located at mile 109.4 on the Sterling Highway, provides a put-in and ramp, but there is no public takeout available on the lower portion of the river. The Division has received comments from the public since the late 1980s regarding the lack of a public retrieval on the river. Concerns intensified in 2007 when a popular private boat retrieval site announced that they would be closing the following year. 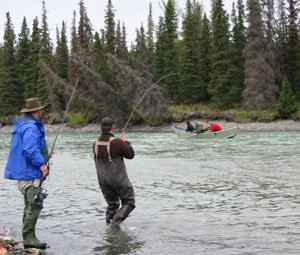 In 2008, DPOR and the Alaska Department of Fish & Game funded a feasibility study on two parcels of land identified for analysis as potential launch/retrieval alternatives. These sites were evaluated, through a public process, for their hydrologic qualities; constructability; potential for site contamination; cultural resources; capitol and operations and maintenance costs; and permit constraints. Although neither site proved to have all the necessary elements for a retrieval facility, some important factors were gleaned from the process about the public need. At the time of the study, the public opposed creating a power boat launch near the drift boat fishery indicating that it would cause user conflicts and change the culture of boating and fishing on the river.

As part of the first phase of the planning process, a short questionnaire was distributed to learn more about where a retrieval site should be located, what criteria should be established for evaluating sites and finally what type of facilities you would like to see in conjunction with the retrieval site. The Division learned a great deal from the responses (available below) to the questionnaire that then helped inform the creation of criteria that the Division used to evaluate potential sites along the river. The criteria are organized in two parts. The first part lists a series of factors that need to be considered for each potential property and the second part is used to score potential properties on the various factors.

In 2011, a public workshop was held in Kasilof to present the draft criteria and solicit feedback on how it could be improved. After receiving additional feedback during the comment period, the evaluation criteria were finalized. Later that same year, a multi-disciplinary team of representatives from DNR conducted a field investigation of the eight available parcels and scored them using the evaluation criteria and score sheets along with the available data for each site. The data included cultural resource site information, photos, aerial photography, topographic maps, flood & soil data, community density & tax assessment maps and survey/status plats. By mid-January, the parcel selection criteria score sheets were tabulated. Below you will find the final criteria, a map showing all the sites that were evaluated and a list of the parcels evaluated in ranked order.

In 2015, DPOR acquired the top two ranked parcels identified in the Ranked Parcel List. A planning process was conducted to consider users' needs and the physical constraints of the river as well as to gather public feedback on the project. The process led to the development of Site Plan Concept A, Site Plan Concept B, and Site Plan Concept C (available below). Those concepts were presented at two public meetings during the winter of 2016/2017: one in Kasilof and another in Anchorage. Feedback from those meetings resulted in narrowing down the concepts for advancement into the design phase of the project.

Work to demolish unneeded structures and environmental clean up work at the site began in 2017. In 2018 the Department of Environmental Conservation approved the environmental cleanup work. On-going sedimentation survey of the boat take-out area was initiated in 2019. A cultural resource survey was completed in 2020. The project is currently in the design phase, which is scheduled to be completed and permits secured in early 2023.

Over the course of design, it came to light that the initial funding was insufficient to construct the final concept in its entirety. DPOR is partnering with the National Park Service and securing federal funds from their Land and Water Conservation Fund (LWCF) program for full project build-out. Construction is anticipated to begin in 2023.