The Broken Mammoth Archaeological Project began in 1990 following the discovery of the Broken Mammoth site in 1989. The project was directed by Dr. Charles E. Holmes, Office of History & Archaeology. Investigations at the Broken Mammoth, Mead, and Swan Point sites have been sponsored by the Office of History & Archaeology and the University of Alaska Anchorage with support from the National Geographic Society and a 1991 National Science Foundation Research Grant (DPP-9112174). Special thanks to the Alaska Department of Transportation & Public Facilities (Fairbanks) and the Alaska Division of Forestry (Delta Station) for logistical support, and to the many students and volunteers who have helped over the years. 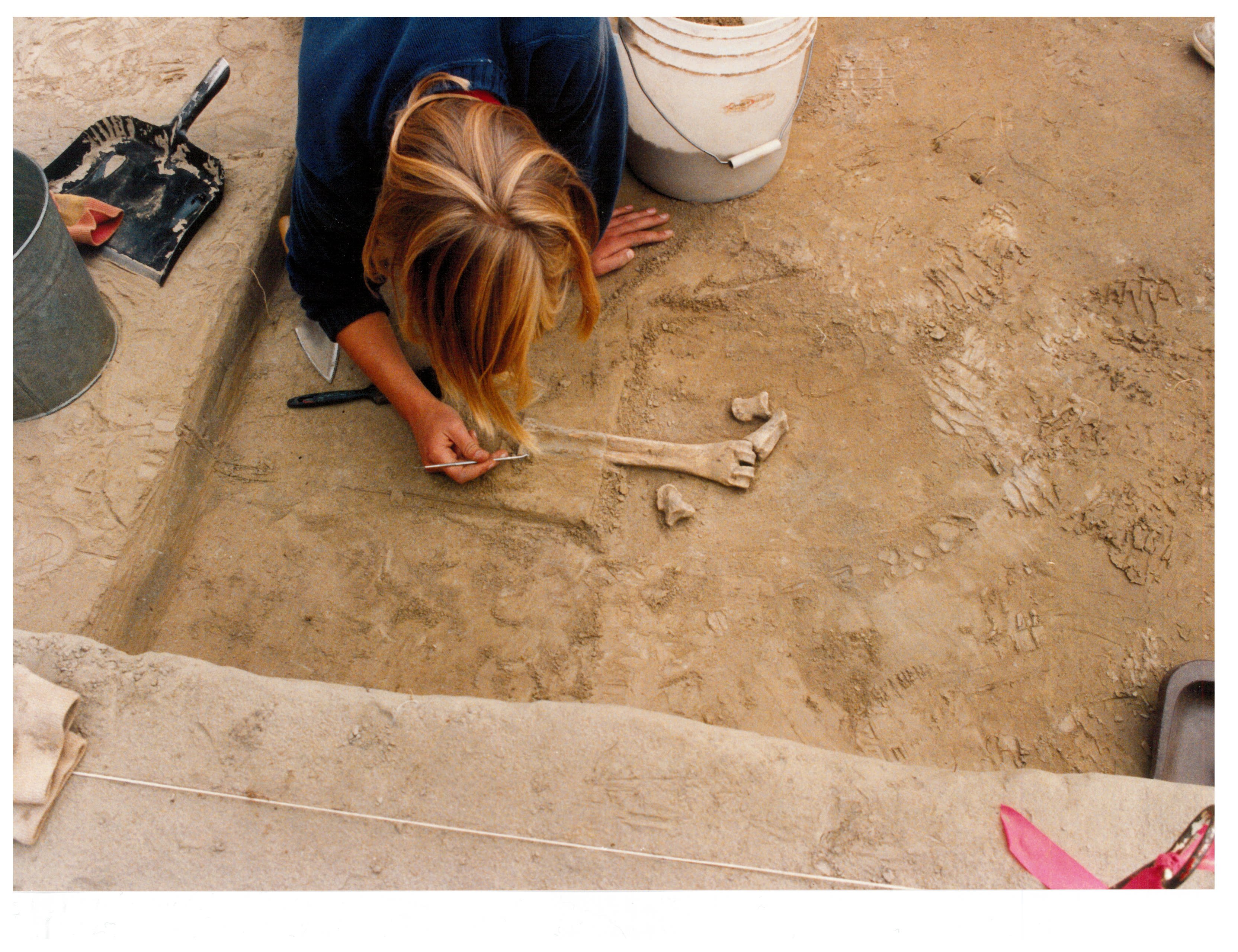 Student excavating elk (Cervus sp.) bones at the Broken Mammoth archaeological site in 1991. This layer of the site was occupied by hunters around 11,500 B.C. Photo by Dr. Charles Holmes.