The Alaska Treaty of Cession in 1867 impacted the world and the people who lived in Alaska. The 150th anniversary in 2017 is an occasion to revisit Alaska’s first years under the U.S. flag and to look at the time from perspectives different from those in the past.

The Alaska State Legislature passed a resolution in 2014 urging communities to plan commemorative activities and asking the Alaska Historical Commission to encourage new research. The Commission has awarded twenty-five research, planning, and interpretation grants for projects that contribute to understanding the history and significance of the transfer of Alaska from Russia to the United States.

The Alaska Office of History and Archaeology and Alaska State Parks Interpretation & Education program have an 8-panel traveling exhibit on Alaska at the time of the Treaty of Cession. Topics include what Americans knew about Alaska in 1867, how Alaska’s Native people were vital but taken advantage of in the Russian and American quest for furs, whales, gold, and fish, the “Americanization” of Alaska, and the territory’s advantageous location in the Pacific and Arctic oceans. Learn more and apply here.

The Alaska Historical Society has a calendar of commemoration events. Individuals, museums, local organizations, and communities planning events are encouraged to send information about their events and activities, with dates and contact information to members@alaskahistoricalsociety.org

Signing of the Alaska Treaty 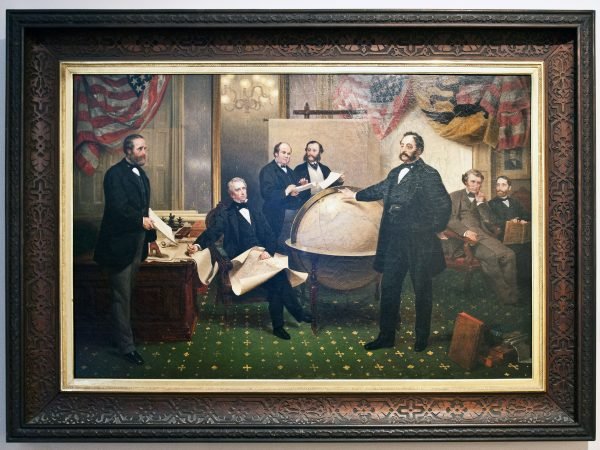 Emanuel Leutze's Signing of the Alaska Treaty is on exhibit in Alaska for the first time. Brought from the Seward House Museum in Auburn, New York, the painting was on display at the University of Alaska Fairbanks Museum of the North through February, the Anchorage Museum March through September, and at the Alaska State Museum in Juneau in October.

With an Alaska Historical Commission grant, the Anchorage School District prepared curriculum materials about the Sesquicentennial of the Treaty of Cession. 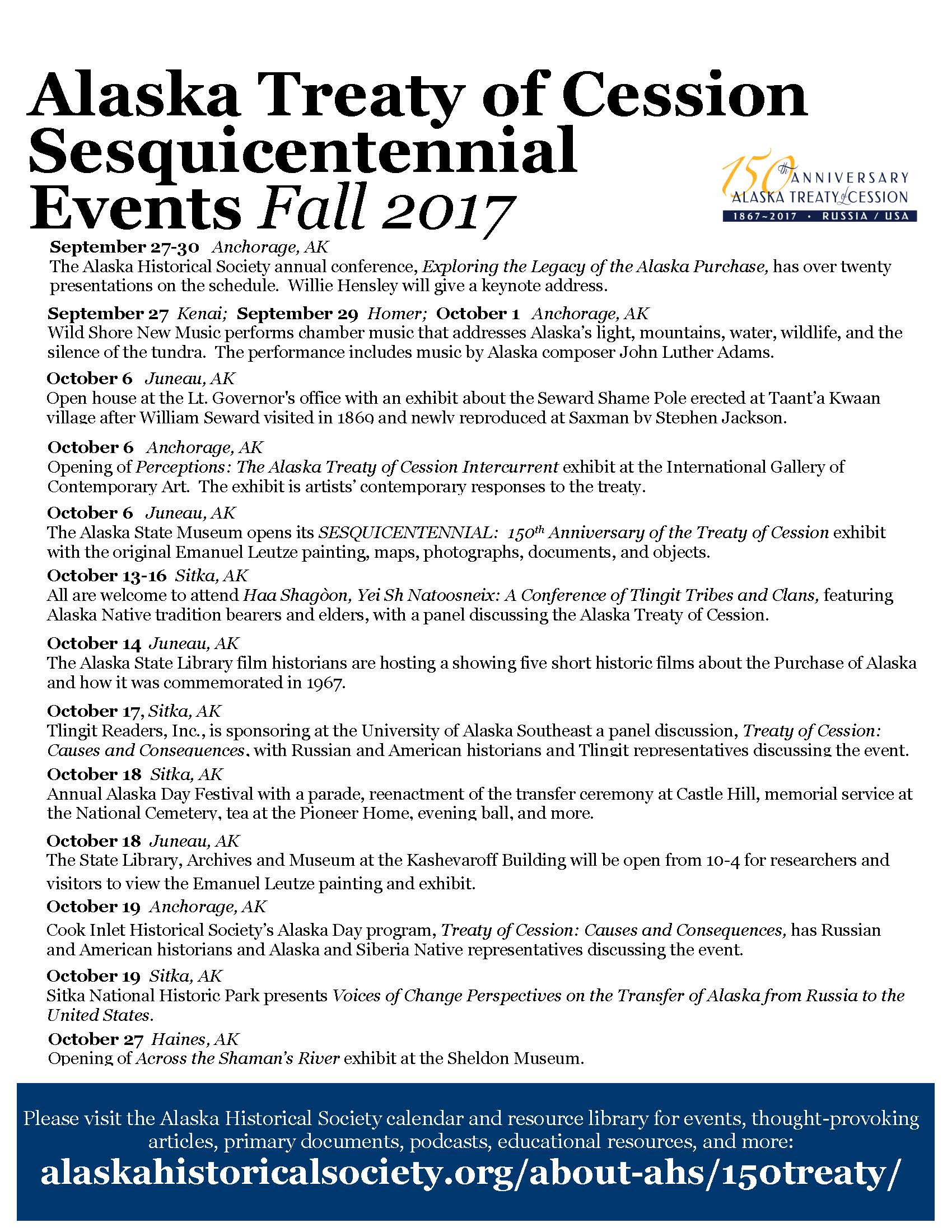 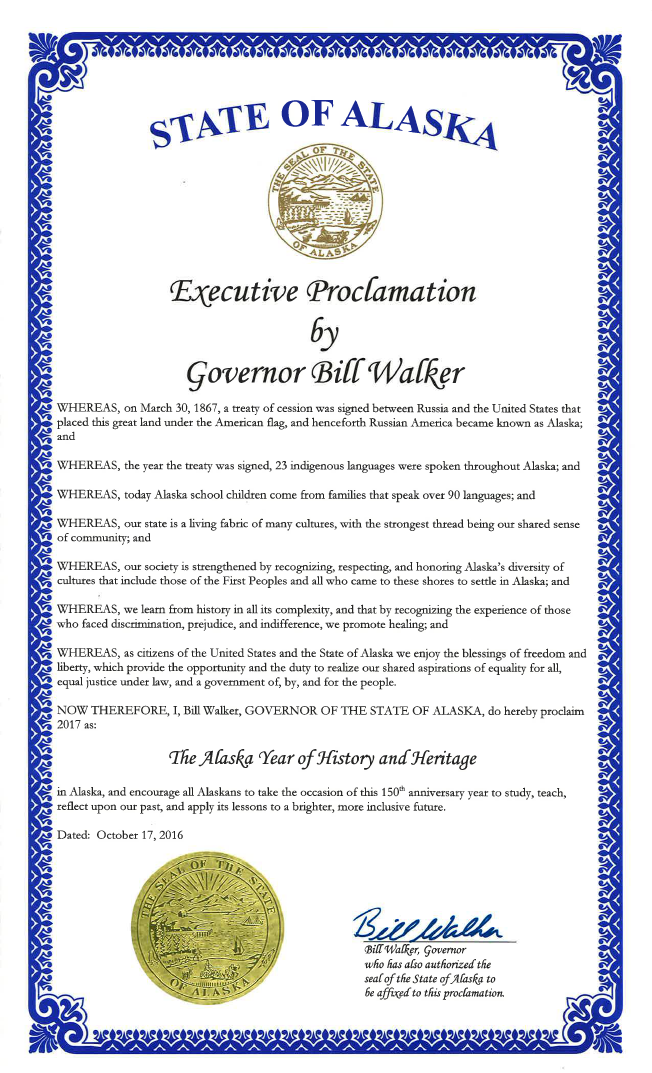 To request a copy of the 150th Anniversary of the Alaska Treaty of Cession publication, please email dnr.oha@alaska.gov.